Love isn’t something you can easily define. In fact, I don’t think love can be defined at all. This happens because there are various types of love, and I don’t honestly think I can list them all, just as I can honestly say that I’ve never experienced them all.

The type of love that you commonly experience for the first time is definitely the love between a child and its parents. Children who are lucky enough to share that kind of bond and love with their parents and grow up in a loving environment will have an easier time opening up to other children and befriending them in the future. Or, at least, that’s what I assume – but what do I know?

Personally, I can’t complain. I grew up with both my mother and my father, and I always had the necessary love and support from them. In fact, I’m pretty sure I’ll continue to have it in the future.

If you have them, there is also the love you’ll feel for a sibling. Whether it’s an older sibling or a younger one, you’ll always love them, no matter what. Unless they’re complete jack asses, of course – yes, it happens – but, commonly, you’ll love them anyway.

Protectiveness is common in a relationship between siblings. Usually it’s always the older and more experienced people who act more protective towards their younger, more naïve siblings. The most general example of this is the relationship between an older brother and a younger sister, but obviously it doesn’t apply to that only.

For example, take my sister and I. She’s 12 and I’m 19 and, even though we didn’t get along well while she was younger (she had the lovely habit of pulling my hair and dragging me along our apartment’s hallway. I was really weak …), we get along great now – with the obvious exceptions of when mood swings hit her and she gets mad over everything. That’s okay, though. I was once like that as well.

But in any case, I am very protective of her. I just feel like punching a bunch of little, screaming kids whenever I hear something isn’t going well for her. Obviously I don’t do it, but still, it’s something worth thinking about.

You also very generally have the love you feel for your family members which, depending on the case, is usually not as intense as the one you feel for your parents or siblings, but obviously that differs from family to family. Let’s not get into that, though.

Then you have that love that feels like family but technically isn’t – friends. Friends are a tricky thing to have, at least to me. Up until college I always got really attached to my friends, but sooner or later, I’d feel like Ron Weasley – youngest son and all, never properly loved because everyone else was better than him. So yeah, basically I just gave my all to those people and then they’d have 50 best friends and they never included me. What ended up happening was that when I got to college and broke away from my old friends, I stopped getting so attached to people – any people – and I just … stopped labeling them. As in, ‘oh this is X, she’s my best friend!’. Yeah, no, it’s better if you don’t do that.

Still though, it’s true what they say. Friends are the family you get to choose, and if you find the right ones … they’ll last for a lifetime.

Finally, there’s the most popular love, the one everyone talks and writes about, the one everyone sings about. You have entire movies dedicated to it, and people do pretty stupid things because of it. That’s right – romantic love. The one between a man and a woman, a man and a man, a woman and a woman. The love that makes your stomach fill itself with butterflies and almost stop breathing when you finally meet them.

That … Jesus, that is the most complicated type of love, at least in my perspective. I haven’t been around for long, true, but I’ve had my relationships, and I can tell you … there is nothing simple about love.

But that … is for another time.

A 19 year-old Law student trying to figure out life. 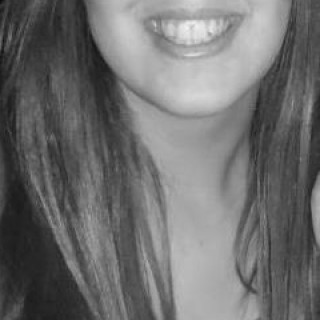 A 19 year-old Law student trying to figure out life.